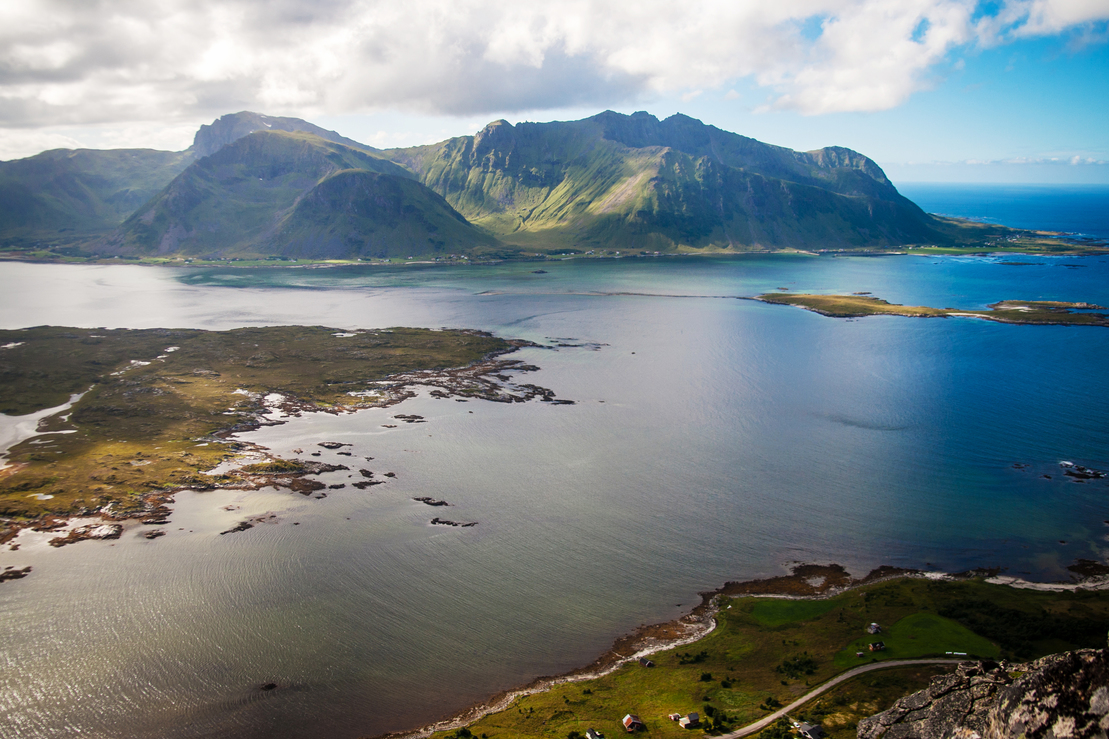 If you have ever been to Norway, especially north of Trondheim, you will know it is a vast country with plenty of breath-taking natural sites and a relatively small population scattered along the coast. In mainland Norway and definitely in the north of it, there is always a chance you will discover a completely pristine area where you would want to be one with nature. Norwegians are known for their Arctic expeditions as well as a healthy obsession with the outdoors.

As researchers Alex Andersson and Scott Magelssen point out, Norwegian identity is forged in motion and in the exploration of the world. This is a story of how a group of Norwegians under Captain Magnus Anderson, inspired by their Viking ancestors’ appetite for adventure, crossed the Atlantic on a replica of a 9th century ship. Their epic success grabbed the headlines worldwide and helped to forge the idea of Norwegians as a nation of seamen.

On the clear day of April 30th 1893 a crew of twelve men set sail on one of the most unusual and dangerous voyages across the Atlantic. They were to sail a Viking boat – an exact replica of a 9th century Viking warship. A crowd of 7.000 cheering spectators watched the ship leaving Bergen, Norway to North America to be presented at the World’s Columbian Exhibition in Chicago. The Fair celebrated the 400th anniversary of Christopher Columbus’s arrival to the New World (1492) and was planned to be a grand display of the technological advancement of 19th century America. The Viking ship was there to be a proud representation of Europeans’ bravery and curiosity. But it certainly achieved much more than that.

A 24-meter long wooden ship. Twelve brave men. No outside help. No one to contact, should anything go wrong with the reconstructed medieval vessel. No wonder that when Captain Andersen and his crew reached North America they were welcomed as heroes. In every port they visited – from Connecticut to the Jackson Park in Chicago there were parades, fireworks and receptions to honour them. It was big – Norwegians dared to sail a Viking ship replica across the Atlantic without any ship-to-shore communication. And they made it.
The trip took 27 days. Viking, as they called her, sailed to North America, via Newfoundland and New York, up the Hudson River, through the Erie Canal and into the Great Lakes to Chicago.

The ship was the first and one-of-a-kind exact copy of the 9th century Gokstad ship which is the largest of the three Viking vessels currently on display in the Viking Ship Museum in Oslo. The Gokstad ship was excavated around 1880 so only a few years before the Chicago Fair and was a sensational find. Imagine this – before the Gokstad replica no one in the world had known what a Viking ship would have looked like! It must have been an extraordinary and thrilling experience to see a Viking ship rebuilt and in motion for the first time since the Middle Ages.

Columbus down to the second place

The Viking voyage offered an unprecedented opportunity to learn about medieval ocean routes but also about practices, challenges and culture of people who sailed along them. The organizers of the World’s Fair wanted to exhibit the vehicle of this remarkable experiment. And they knew this would be a grand event. There were more visitors to the Fair on the day Viking arrived than on the day when the replica of Columbus’s ship came!

Anderson and his crew proved to their contemporaries that the idea that the Vikings could have reached America well before the Italian explorer is very likely to be true. (Nowadays, thanks to the 1960 discovery of the Nordic iron-age settlement at L’Anse aux Meadows in what is now Newfoundland, we know for certain that the Vikings had set foot in North America 500 years before Columbus.) How to make sense of a Viking ship on a party dedicated to Columbus? It was controversial to some degree. Unlike the presence of native Americans, it did not challenge the claim of “the European Protestant roots of American civilisation”. Yet, too much of historical debate was not welcomed either. Captain Andersen’s replica ship was first to be called Leif Erikson after the Icelandic Viking who had made the crossing to America in the last years of the 10th century. But on a party honouring Columbus this was considered inappropriate and too controversial. In the end, the ship was renamed to Viking.

The meaning of Viking’s maiden voyage can be interpreted from several other angles. As Andersson and Magelssen write, it actually strengthened the position of Norwegian-born Americans who were struggling to find their place in American history. In Norway, there was a sense that “the ship in some way concerned the Norwegian nation as a whole”. It was a national treasure which made a powerful statement about the role of Norwegians in world history. The sensational experiment covered in numerous media in the United States and Europe gave a great boost to Norwegian nationalism supporters who argued for a separation from the Union with Sweden. Norway became independent twelve years after the Viking voyage.
Crossing the Atlantic before Columbus was something to set the Norwegians apart as a nation. For the Norwegians at home and Norwegian immigrants in the United States the success of the Viking experiment was a way to celebrate their national identity and memory of their Viking heritage. In contrast to most nations whose sense of national self builds on relations to a certain territory, the Norwegians chose seafaring and land exploration as the source of their national pride.

And what happened to Viking?

After the Fair, it was donated to the city of Chicago and remained on public display in various park for years, getting less and less attention. Currently it is under the protection of the Friends of the Viking Ship not-for-profit corporation.

Sources:
Andersson, Alex and Scott Magelssen. 2017. “Performing a Viking History of America: The 1893 Voyage and Display of a Viking Longship at the Columbus Quadricentennial.” Theatre Journal Volume 69, Number 2, pp. 175-195
The Viking Ship That Sailed From Norway in 1893 to Chicago’s World Columbian Exposition
https://en.wikipedia.org/wiki/Viking_(ship)