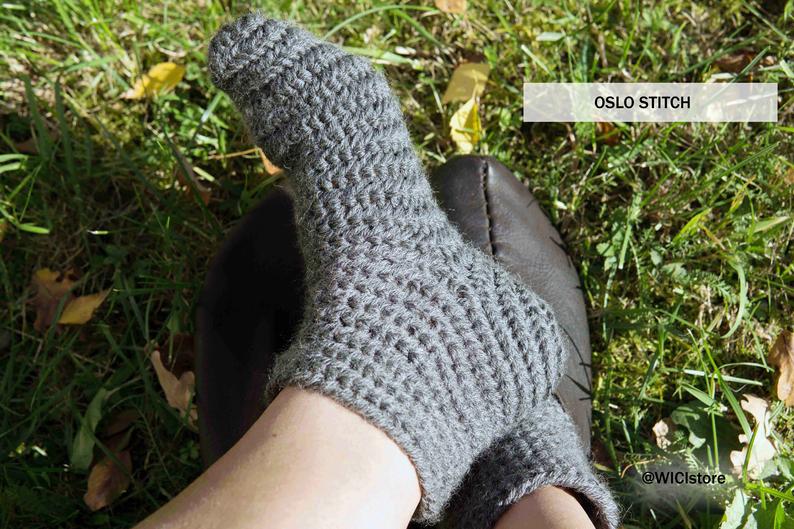 From my experience in Viking reeenactment, nålebinding makers use four basic stitches named after the place where first needle bound textile pieces were excavated.

Oslo stitch – named after a mitten found during excavations in Norway. It dates back to the 11th century.

Mammen stitch was named after a find in Denmark, from a grave of a man from the 10th century.

Finnish stitch was used in the so called Eura needle bound mittens from the 9th century.

Which nålebinding stitch is the quickest and why?

In my opinion, Oslo stitch is relatively easy, with a thicker yarn you can quickly knit quite a large piece. It is technically the easiest as you work only with one loop, similarily to crochetting.

The second one would be Mammen stitch. It is a little more demanding, you work with two loops and because of this the yarn gets slightly twisted and our work piece feels thicker.

The third place goes to Finnish stitch – only for the brave! Technically rather complicated, you work with 5 loops which makes your work progress rather slow. The number of loops makes it an advanced technique. While binding, the yarn gets really twisted but thanks to this, the cloth is dense and thick. Its texture resembles twisted strings wrapped around one another. Perfect stitch if you are after warm, thick socks or a winter hat.

I consider York/Coppergate stitch the finest but also the most difficult nålebinding technique. It takes a lot of time to make even a few centimeters. But then it looks really refined and nice. Recommended for those who reenact for example, a Danish Viking living in the Danelaw.

There are also other variations of these stitches, some of them we already know of and some are yet to be discovered. I think these techniques of binding yarn travelled and were altered by creative individuals across history.

What is your favourite naalbinding stitch?

Mammen stitch, definitely! I like the texture. It is a good compromise between beauty and the time needed to achieve it. Finnish stitch is very beautiful too but takes too long, especially if you make a mistake. Oslo stitch is very simple and not as interesting as the other. Mammen is somewhere in between. Of course there are many more stitches to explore. York stitch is the next one on my list.

At WICIstore we offer the possibility of naalbinding custom orders. Have a look at our store website! 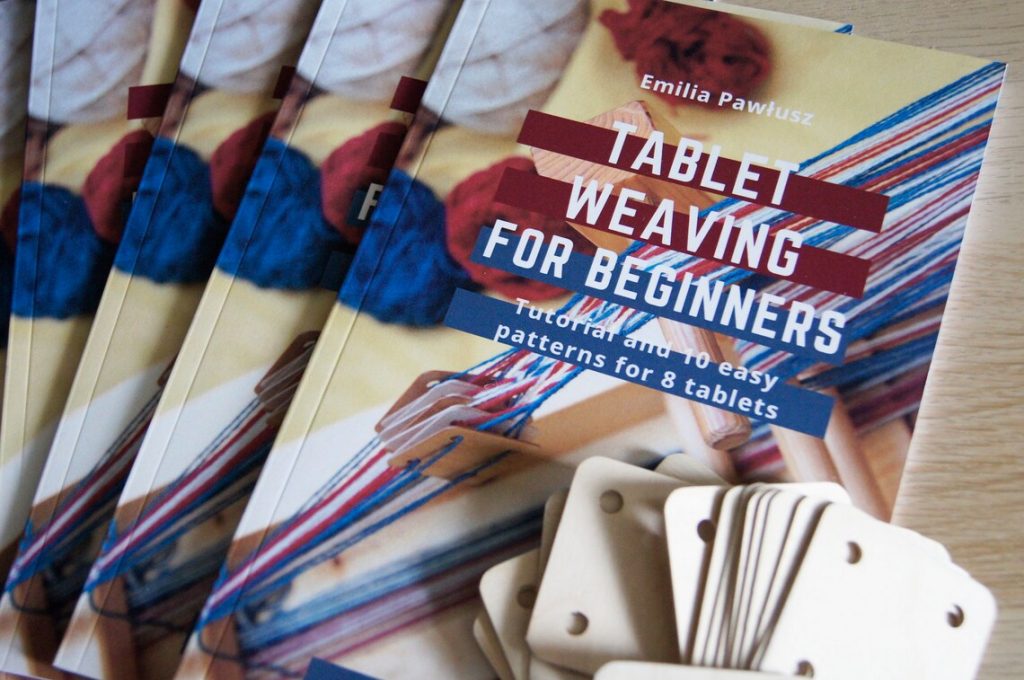 Too shy to teach Are you an introvert? I am. I thought I would like to run workshops and teach tablet...